BATTERY CARE
A nickel-metal hydride battery, (NiMH or Ni-MH) is the type of re-chargeable battery supplied
Its chemical reactions are somewhat similar to the largely and now obsolete nickel cadmium cell (NiCd).
NiMH battery can have two to three times the capacity of an equivalent size NiCd, and their energy density that of a Lithium – ion cell.

Discharging
A fully charged cell supplies an average 1.25 V/cell during discharge; down to about 1.0-1.1 V/cell (further discharge may cause permanent damage in the case of multi-cell packs, due to polarity reversal)

Storage
Many equine owners traditionally clip for a few months of each year, and then put the clipper and battery away for often long periods before re using it. As batteries are neither an inexpensive item, nor designed to last indefinitely, it is in the owner’s interest to be aware of the best way to store the battery during times of inactivity. It is strongly suggested you consult with the manual and strictly adhere to the recommendation of the manufacturer.

Batteries should be fully charged Try avoid storage temperatures above 25°C (higher temperatures = higher self-discharge of batteries) A prolonged storage period with too low a charge can have a negative effect on battery life. Therefore if you intend storage for 2-3 months you should fully charge the battery BEFORE storage. It is recommended batteries should be re-charged after 2-3 months to extend battery life.

There are no reviews yet.

Be the first to review “Avalon” Cancel reply 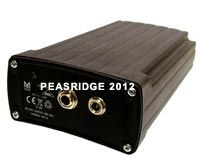